Jack Parker goes to Riley's law school and soon becomes her study buddy, much to the jealousy of Danny. He is portrayed by David Cade.

While Danny is at the bar talking to Ben, he sees Jack with Riley and asks Ben who he was. Ben tells him the guy was Riley's law school buddy and that the two had been hitting the books lately, but Danny thinks the guy was interested in hitting more than just the books.

As the guy walks away, Danny attempts to intimidate him with his large frame. Danny then goes to talk to Riley who tells him her friend Jack had just been there and that she was tutoring him. She also tells him she thought Jack was kind of cute.

Danny tries to deter her affections for her friend by telling her that someone in the bar cared about her being interested in Jack. Riley, thinking it was Ben, decides to stop flirting with Jack and thanks Danny.

Later, when Ben and Danny are trying to hide from their mother because of how much time she spent with them, they head to Riley's place because they had no where else to go. Danny asks her about the wine, candles, and her cleavage when Jack comes out of the bathroom. He introduces himself and Riley reintroduces him to Danny and Ben and tries to get them to leave. Ben commends her on taking his advice to "throw herself" at Jack.

Danny asks Jack what was going on with him and Riley and Jack tells her there was nothing yet. He tells Danny that she was smart, funny, and attractive and Danny tries to some him her old yearbook picture when she had been "ginormous," but Riley stops him. When she asks him what he was doing, he tells her he was checking him out to make sure he was good enough for her.

When Jack starts to leave, Riley accompanies him and they go to Ben, Danny, and Tucker's place. Riley tells Bonnie where her sons were and when Bonnie leaves, Riley and Jack attempt to have their date. Later, Bonnie brings her sons and granddaughter back to their place where they find Riley and Jack in the dark.

While playing a game of truth, Danny says he didn't trust Jack, and Jack admits he lied, saying he didn't need tutoring, but wanted to get to know her better, though Riley tells him she already knew that.

They go out in the hallway and make-out and Bonnie and Ben come out of the elevator, interrupting the moment.

Riley tutors Jack. When Ben and Danny crash their date, Danny asks Jack what was going on between them. Jack tells him there wasn't anything yet and that Riley was smart, funny, and attractive. When their date is crashed two times, Riley apologizes and tells him she wished they could start the night over. He tells her he didn't need tutoring, only asking for it to get to know her better, and she tells him she already knew. 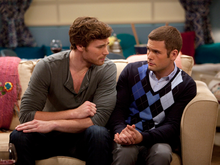 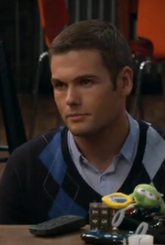 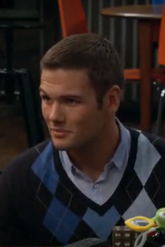