Chloe is a woman who goes out with Ben in I Told You So. She is portrayed by Ana Nogueira.

I Told You So

Chloe comes to the bar Ben works at and looks at him, gaining his attention. Ben tells Riley she had been coming in every Saturday and ordering crab-cakes, but he knew the their was another reason to the visit since their food wasn't the greatest. He asks her out and they agree to meet at her small apartment.

When Ben gets there, he presents her with some wine, and she goes to get glasses. Chloe tells him she hoped he didn't think she was too forward for asking him over to her place because so many guys got the wrong idea. While she was talking, Ben falls onto her futon, which also turned into a bed and Chloe comes in and sees him like that.

Ben apologizes for the futon and giving her the impression he was one of those guys she just described, but Chloe thinks he is a horrible liar, though she puts it in a plus column. Just as they are about to kiss, Ben sees a picture of a baby behind her and she tells him the baby was her sister's daughter.

They start to make-out, but Ben gets distracted, telling her he couldn't stop thinking about Emma. Annoyed, she says it was "always something," having gone out with people who were married, gay, and had commitment issues. Ben tells her Emma was his daughter and that he should have told her from the start, but he thought he wouldn't have been able to go out with her. She tells him it was okay and another plus and attempts to kiss him, but Ben asks if she wanted to see some pictures of Emma.

He shows her a picture and tells her that maybe if he called and checked in on her, he would be fine. He finds out that both Tucker and Danny were out when they thought the other had Emma and he tells Chloe he had to go, surprising her.

When Chloe came to the bar Ben worked at, she made sure to look at him before sitting down, which effectively gets his attention. He soon asks her out, but the date fell on the time it was his turn to look after Emma. Once he gets Danny and Tucker to look after her, he goes to her place. There, she tells him she thought it was nice he wasn't the type of guy to want to just "hook-up." They make-out, but Ben gets distracted by thoughts of Emma and explains who she was when Chloe get annoyed. He tells her he would call to check in with her, but leaves after, surprising her. 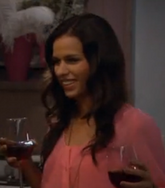 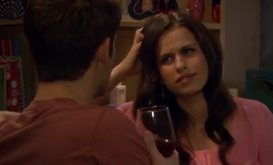 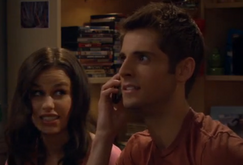 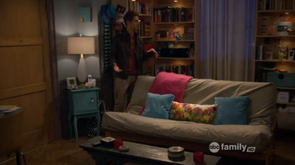