Ben tries to get Emma into daycare by flirting with the cute assistant manager, Megan. Megan insists there is no space, until she gets the idea that Ben and Tucker are a gay couple. Ben devises an elaborate plan to "break up" with Tucker in order to have a shot at dating Megan. Meanwhile, Riley worries that Dr. Amy Shaw is trying to change Danny when Danny bails on their traditional "Halfaween" costume party.[1] 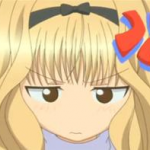